beauty in the ruins

I love what this picture represents.  I love that it’s honest, broken, and beautiful.  It’s a powerful image because it tells the story of Vedran Smailovic, who, in response to a bombing that killed 22 people waiting in line for bread in the war-ravaged Sarajevo in 1992, played his cello for 22 days in the ruins of buildings that had been bombed.   He called attention to the broken, the injustice, the hard, and the pain.  He asked people to look upon it. He did this under the threat of evil and snippers. We don’t see him asking it to be fixed in this photo.  We see him fighting that battle with beauty instead.  He fights the battle by calling attention to the ruin and creating something glorious in the midst of it.  He called attention to the rubble, asking people to see and hear – to use their whole body and senses to experience the depth of both pain and beauty.

Can you relate? Does this strike at some emotion or desire within you?  It does me. It reminds me of what I’ve been called to and how Jesus came to the ruins and still comes to the ruins of our lives and asks us to be where we are so that He can create something beautiful – even better than the cellist of Sarajevo. This is only possible because of Jesus.  I don’t know if Vedran is a follower of Jesus or not, but I do know that the story of creation, fall, redemption, and ultimately restoration is the story that God has authored.

Anytime we stay in the brokenness and fight for beauty – not ignoring the pain or the sin, but letting it be more exposed, we have the possibility of creating magnificence in the rubble.  Evil will not go quietly into the night, so we must claim the good, the true, the beautiful and claim it louder than Satan claims the opposite.  It is a fight to be sure.  It is true – we are wretched sinners; we are hopeless and lost; we seek our agenda and good, claiming we need no one else; we were far from Christ.

And if we don’t think that, we will never know the power and depth of God’s grace and rescue.  If you are not broken, you will not be healed.  If you do not need a Savior, you will not be saved.  But thanks be to God!   Jesus came to seek and save the lost.  He came and still comes, to find us in the rubble, to bring light into darkness.

To say there is no rubble or darkness or broken things would be a lie and an attempt to hide from God like Adam and Eve in the garden.  In particular, I think of women in the scripture who didn’t hide where they were or cover up their brokenness and shame, like the woman at the well and Mary Magdelene.  In their brokenness, Jesus meets them and heals them, not apart from their story or without it.  There’s nothing to be made beautiful if there’s nothing shameful or ugly; there’s nothing to be made whole and glorious if there’s no wound or pain.

I’m putting this photo on a massive canvas in our home because it reminds me of what Jesus came to do and what he calls us to do.  It reminds me of our marriage, parenting, ministry, and church planting.  It summons me to call out the beauty in the rubble in all those things – to proclaim it’s okay to be broken because there’s beauty in ruins, and we have a healer who rebuilds better than we could hope for or imagine (Ephesians 3:20).

As believers in Christ, who have the ultimate hope, we should be naming the beauty amid the brokenness.  We have permission to take risks and enter the complex and scary places because we’ve been supplied with hope, peace, love, and joy, much like the cellist with his cello.  We have been equipped to fight the good fight and stay, remaining and abiding in Jesus and sometimes the hard stuff.  We have been knit together specifically for this time and this place with a purpose (Acts 17:26-27, Esther 4:14, Psalm 139:13).

You are not random.  The brokenness around you is not final.  The trauma doesn’t hold the verdict over your life.  You were created for good works – to seek and to savor beauty in the brokenness; to gaze in wonder at the glory of the incarnation of Jesus – God made man – Jesus going into the ultimate places of trauma, shame, and pain and all to make you and I beautiful and make us His.

Call it out over your life and those around you.

Say it louder than the evil that seeks to keep us in bondage.

He has come to set the captives free.

*I first heard of Vedran Smailovic and found this photo because of the work of Curt Thompson, specifcially in his book, The Soul of Desire. I highly recommend his books: Anatomy of the Soul, The Soul of Shame, The Soul of Desire, and his podcast, Being Known. I have been profoundly impacted by his work.

This site uses Akismet to reduce spam. Learn how your comment data is processed. 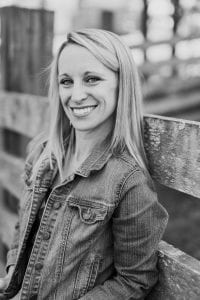 Come abide with me awhile? It won’t be easy, I can promise you that. BUT it will be deep and full and abundant — right. where. you. are. Many times I attempt to create an identity out of being a church planter, pastors wife, homeschooling momma to 4 littles, newly diagnosed 33 year old with multiple sclerosis, friend, disciple, discipler/mentor, and yet the Lord is too good to let me do that. None of those have purpose, bring joy, or bear fruit apart from a deep sense of abiding in Jesus’ presence right where I am now as His beloved child. So will you journey with me? Straight up these lofty, looming, wondrously breath-taking, full of mystery, and lovely mountains? Maybe it’s on a new road, a road you thought was just going to be a quick detour. And yet, here we are, facing the challenge of being led in joy on the road which the Lord, in His tender care, is guiding us, calling us to abide in Him as we journey upward and onward. Deep breath. Here we go!